End of the Queen Streak 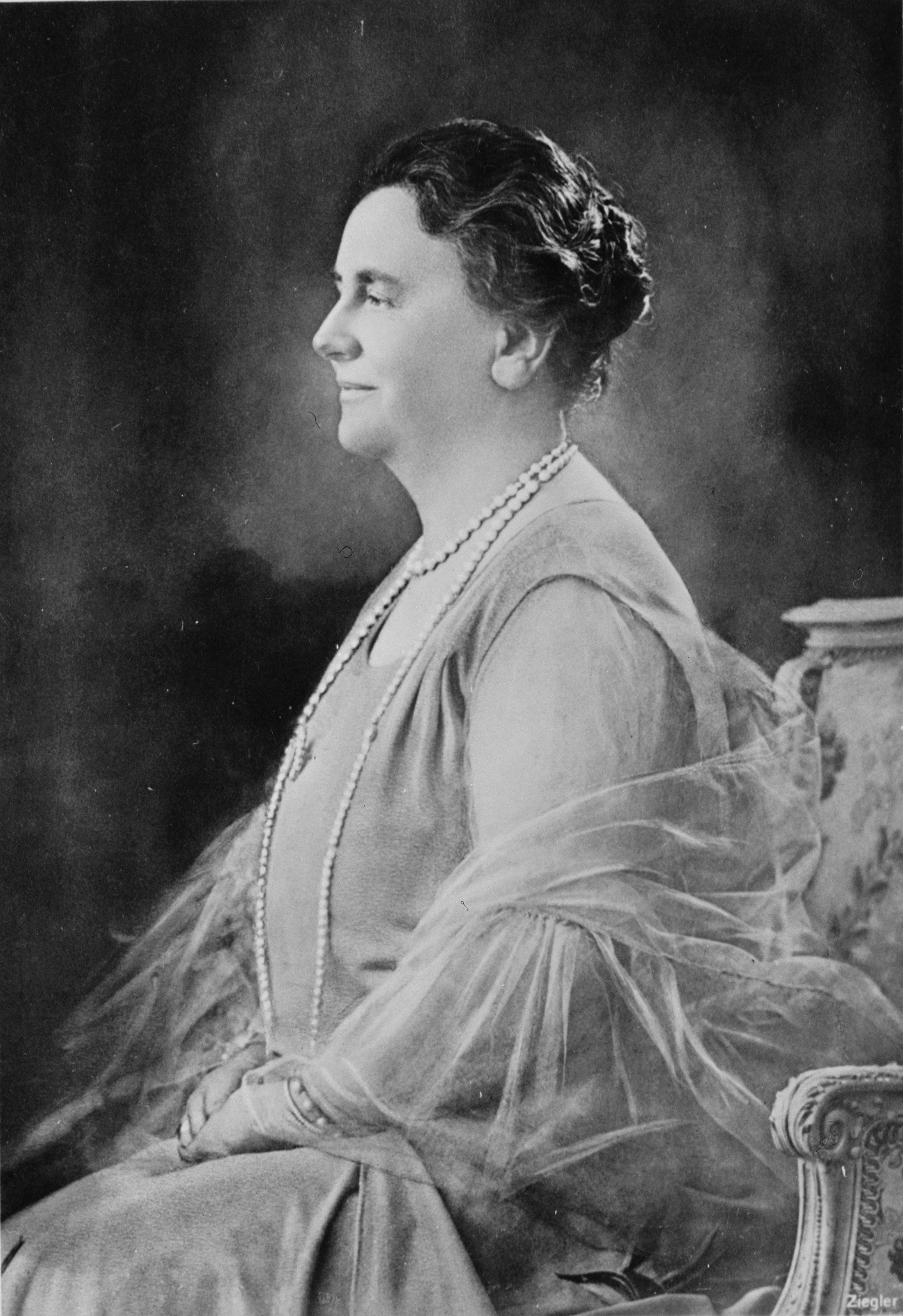 The world's longest period of female leadership will come to an end on April 30, 2013 when Queen Beatrix of The Netherlands voluntarily hands over her throne to her eldest son, Willem Alexander. She and her two immediate predecessors--her mother and grandmother--have kept the throne in female hands for nearly 123 years. In fact, before Willem Alexander's birth in 1964, no princes had been born in the Dutch royal house for more than a century. In other countries, this would have been a catastrophe that could have ended the monarchy. Not so in the more liberal Dutch nation.

The first Dutch Queen, Wilhelmina, was barely 10 years old when she succeeded her elderly father, King Willem III, in 1890. Her three elder half-brothers had predeceased him. Little Wilhelmina was not allowed to inherit her father's Grand Duchy of Luxembourg, however. Female inheritance would not be permitted there for another couple of decades.


The young queen married at age 20, but the succession continued to be a primary concern as her nearest male relatives were Germans--something the independent Dutch did not favor. Adding both personal pain and national anxiety, Wilhelmina struggled to have a child. Miscarriages and a stillborn son meant years of agony and worry. By the time her daughter Princess Juliana arrived in 1909, the Dutch were more than thrilled to have an heir of any gender, especially as Germany grew more bellicose in advance of the first world war. More miscarriages followed and it soon became clear that baby Juliana was the hope of the nation.

Throughout her reign, Wilhelmina exhibited great strength of character and intelligence. It was she who created the vast fortune that, through careful stewardship by her heirs, has kept the Dutch monarchs near the top of the list of the world's wealthiest people. She also served as an inspiration to her people during both world wars, even when the entire royal family had to be evacuated during the Nazi occupation of The Netherlands. Using her influence and political acumen, she was able to prevent the Dutch prime minister from making a separate peace with Germany and thereby endangering the Allied war effort. In his own inimitable way, Winston Churchill paid his tribute to Wilhelmina by calling her the only "real man" among the many exiled governments that had taken refuge in England.

It was also during her reign that the country started its greatest efforts reclaim land from the sea--a successful venture that continues to this day, helping make The Netherlands one of the world's leaders in issues concerning both environmental conservation in general and water resources in particular.

Nevertheless, the stress of the war years and recurring illness caused Wilhelmina to decide to abdicate in favor of Juliana in 1948. She devoted the rest of her life to supporting her daughter and her religious interests. She passed away in 1962.

Nearing 40 at the time of her accession, Juliana had already proven her leadership abilities and her fecundity. Where her mother had struggled to have children, Juliana had been much more successful--although all of her four children were girls, this no longer was a problem for the Dutch. Juliana had spent WWII with her young children in Canada. Her third daughter, Margriet, was born in Ottawa. In gratitude for the welcome she received there, Juliana sent tulip bulbs to Canada every year until her death, and a Canadian Tulip Festival is still held annually in Ottawa.

Juliana was one of the first royal heirs anywhere to receive a university education, and was the best educated female heir anywhere, setting a tradition that was followed in Denmark and Sweden, but not in England, where the current Queen Elizabeth II was educated by governesses and occasional private sessions with an Etonian historian. During her mother's illnesses, Juliana had served as regent before ascending the throne. That experience and her excellent training had prepared her to oversee the difficult dissolution of Dutch colonies in Suriname and Indonesia.

It did not, however, prepare her for a great personal crisis. During her final pregnancy, Juliana contracted German measles, which left the infant Princess Marijke (later called Christina) blind. The deeply religious Juliana turned to a faith healer whose intervention did nothing to improve the child's condition or the royal reputation. Much like Rasputin in Imperial Russia, the healer began to influence political decisions. A power struggle developed between the Queen and a faction led by her husband, forcing Juliana to dismiss the healer and many of her other advisors. The marriage survived, but more controversies followed when their second daughter married a Catholic pretender to the Spanish throne and then the eldest daughter and heir married a German diplomat at a time when Dutch feelings about the German occupation were still very sensitive. More devastating controversy followed in the 1970s, when it was revealed that her husband had taken a $1.1 million bribe from an American aircraft manufacturer.

Despite all of this, Juliana maintained strong popularity throughout her life due to her extraordinary interest in charitable activities, particularly the plight of refugees and children. The Dutch also appreciated her down-to-earth persona. It was she who really invented the "bicycle monarchy," choosing this method of transport to be closer to the people and preferring not to be called "Your Majesty."

In 1980, Juliana followed the precedent set by her mother and handed the throne over to her eldest daughter Beatrix. She continued her charitable works until overcome by dementia and died shortly before her 95th birthday in 2004.

Like her mother, Beatrix is well-educated and very popular. Like her mother, she had several children--although her three are all boys. And like her mother, she has suffered her own share of heartache and controversy. As mentioned earlier, her marriage to German Claus van Amsberg was greeted with suspicion and violence, resulting in smoke bombs being thrown at the royal wedding coach. Her own investiture festivities were rocked by violent protests from socialists demonstrating for housing reforms. In 2009, she and the royal family survived an assassination attempt when the assassin missed plowing his car into the royal bus and instead killed several spectators gathered for the Queen's Day festivities.  Later the marriage of her heir to the daughter of a former Argentine official who is suspected of involvement in the deaths of thousands and the marriage of another son to an ex-girlfriend of a suspected mafioso also raised alarm. More tragically, that same son, Prince Friso, has been a vegetative state since being caught in an avalanche while skiing last winter. [Prince Friso passed away on August 12, 2013.]


Neverthesess, Beatrix has become a popular monarch. Her personal style is as well-recognized in Europe as Queen Elizabeth's is in the Commonwealth. Her big hats, printed dresses, ruffled collars and vast jewelry collection have been imprinted on the minds of all of her people.

Her abdication announcement was greeted with widespread affection and an outpouring of appreciation. With her departure, the Dutch throne returns to male trusteeship, but this is only temporary as the new King has only daughters, the oldest of whom, Princess Catharina Amalia, will assume the heir's title of Princess of Orange at the tender age of ten--the same age her great-great grandmother was when she started the Queen Streak in 1890.

Number 13 on our list of princesses to watch in 2013 is Princess Margriet of The Netherlands. She made the list because this year marked her 70th birthday, and she certainly did not disappoint. Margriet probably received more attention than she has had in years--maybe since her wedding in 1967 and the births of her four sons over the next eight years.


In addition to the adulation she received in The Netherlands for her birthday on January 19, she also got a lot of attention in the country of her birth: Canada. The princess was born there during World War II, where her mother, Princess Juliana, then heir to the throne, took refuge following the German occupation. The new baby was named Margriet, meaning Daisy, in honor of the flower that symbolized Dutch resistance. As a Canadian-born Princess, she has a specially place in Canadian hearts.


Margriet was in the news again in February when her husband, Prof. Pieter van Vollenhoven, had successful heart surgery. She continues to make the local and royal news cycles with her ongoing work in support of the monarch, the arts and culture, and health issues. In fact, the European Cultural Foundation even presents an annual award in her name. The recipients have included cultural theorist Stuart Hall, dancer-choreographers Jerome Bel and Pichet Klunchun, dramaturg and activist Borka Pavićević, theatre-maker Stefan Kaegi, visual artists Šejla Kamerić and Kutluğ Ataman, film-maker and cultural activist John Akomfrah, museum director and curator Charles Esche, conductor Yoel Gamzou, and Romanian visual artists Dan and Lia Perjovschi.

Margriet was born fourth in line to the throne, after her mother and two older sisters. She is currently ninth in line, and would be much lower if it weren't for the marriage choices of her sister Irene and nephew Friso. On April 30, she will retain her place, but her sons will lose theirs because the Dutch constitution only allows for those who are within three degrees of relation to the monarch to be in the line of succession. As the new king's aunt, she still counts.

For those of you who miss the quizzes at Certified Royal Expert, here is a trivia question for you:
Princess Margriet married a commoner. Her older sister, Princess Irene, married a prince. Why is Margriet still in the line of succession but Irene is not? Post your answers in the comments.