Timeless Beauty: The Face of Monaco

Most of us know whether or not we look like our mothers. Some of us know whether we resemble our grandmothers. But, we are much less likely to be able to compare ourselves to earlier forbears. There, princesses have us beaten since they can view generations of royal ancestors—usually in the portrait galleries of their palaces.

The generational resemblance is particularly strong among the ladies of the princely house of Monaco. The starring lady of the moment is the lovely Charlotte Casiraghi. Although not a princess, she is in the line of succession to the princely title in Monaco. Born in 1986, Charlotte’s life was touched by tragedy when her father, Stefano Casiraghi, was killed in boat racing accident—she was only four. Her mother tried to shelter her from the media, but since she was a teenager, she has been a favorite target of the paparazzi. She is one of the elite of young European aristocrats. As if it wasn't enough to have a princess for a mom, Charlotte's maternal grandparents gave her her own island. So far, though, the press has found nothing scandalous in her behavior. Charlotte is active as a show-jumping equestrienne and as a fashion magazine editor. In 2009, she even launched her own fashion magazine, Ever Manifesto. (Update: Charlotte is now a mother of two boys, Raphael Elmaleh, born in 2013, and Balthazar Rassam, born in 2018. In 2019, she married Balthazar's father, Dimitri Rassam.) 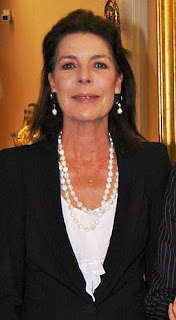 From an ill-fated first marriage to a fortune-hunting playboy to conceiving two of her four children before she married their fathers, Charlotte's mother Princess Caroline of Monaco has caused ripples throughout her life. Her mother, the former movie star Grace Kelly, was often troubled by Caroline’s wild-child ways. After Grace’s tragic death, Caroline seemed to settle down. She married the father of her unborn son and had two more children before he also died tragically. Caroline stepped into her mother’s role as the first lady of Monaco and quickly established a reputation for being level-headed and civic-minded. Then, she got pregnant with her fourth child and married the father, Prince Ernest of Hanover six months before the birth. Still, compared to her sister Stephanie, who not only dated Rob Lowe, launched a rock career and literally ran away with the circus, Princess Caroline is a veritable matron these days and her brother has officially named her as his heir. However, Caroline’s life is still rocked by tribulations—within the last few months, her husband has been absent from Monaco and has been photographed kissing other women. (2019 Update: Caroline and her husband have been separated for many years. She is also no longer the heir to Monaco because her brother, Prince Albert II, married and now has two legitimate children: twins Prince Jacques and Princess Gabriella.) 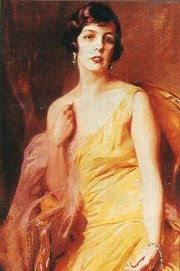 Scandal was the theme of Caroline’s grandmother, Princess Charlotte's life. Like Caroline, Charlotte was the heir to Monaco. Charlotte was the only child of Prince Albert I, but like the current Prince Albert, he had his child illegitimately, too. (The current prince has two acknowledged illegitimate children: an American girl named Jazmin Grace Grimaldi and a Togolese boy named Alexandre Grimaldi-Coste.) When it became clear that her father would have no legitimate children, the fate of Monaco was in the balance. Without an heir, Monaco would cease to be independent and would become part of France. So, Charlotte’s father officially adopted her and made her a Princess of Monaco. He married her off to a French count. Together, they had two children, including Caroline’s father, Prince Rainier. After ten years, Charlotte ran off with her Italian lover and later divorced the count. Charlotte apparently had no desire to become the head of her own country and, when Rainier was 21, she renounced her right to the throne. Then, she went to college and became active in social work. Perhaps taking a note from her daughter-in-law’s movie, “To Catch a Thief,” which was filmed in Monaco, Princess Charlotte showed up at Rainier and Grace’s wedding on the arm of her latest lover, a jewel thief who had been France’s public enemy number one.
By Cheryl Ciucevich