Along with learning royal protocol, taking on public duties and finding her way around a variety of palatial royal homes, Catherine Middleton has one more task that she will certainly be under a lot of pressure to fulfill. She will be expected to be “fruitful and multiply.” This is one area where living up to comparisons to her late mother-in-law, Diana Princess of Wales, is likely to be challenging: Diana gave birth to Prince William less than 11 months after her wedding.

More recent royal brides don’t produce so quickly. This may be partly by personal choice indicating a desire common among modern women to focus on the marital relationship or the career change (“princesshood”) before jumping into the additional responsibilities of motherhood. Or, it may be due to natural selection. Today’s royal ladies are often much older than barely 20-year-old Diana was at marriage and the older a woman is, on average, the more difficult it may be for her to conceive naturally. According to researchers at the University of Edinburgh and at Kate’s alma mater, the University of St. Andrews, only 25% of women her age get pregnant within the first year of “trying” and 9% still don’t get pregnant within four years. 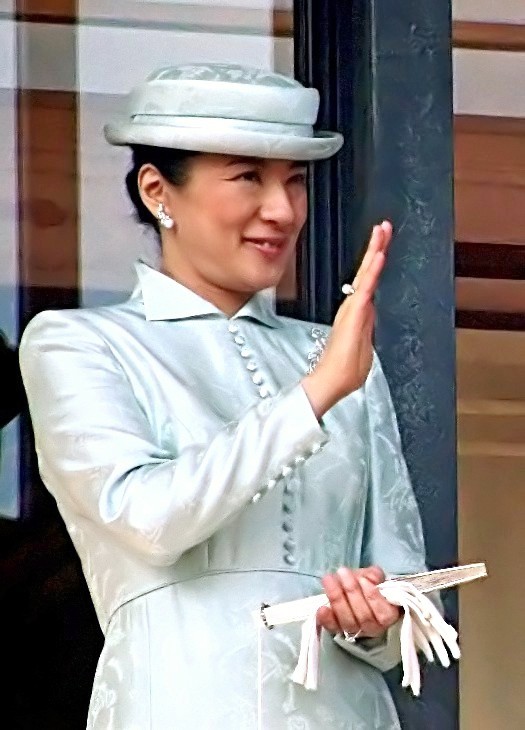 Among recent royal brides, Crown Princess Masako of Japan has had the most challenging fertility issues. She was the same age as Kate, 29, when she married Crown Prince Naruhito in 1993. Under extreme pressure to produce a male heir, she suffered one publicly announced miscarriage in 1999 and finally gave birth to her only child, Princess Aiko, eight and a half years after the wedding. Since women are not able to ascend the Japanese throne, Masako’s personal struggles were also the topic of much public debate that was only resolved when her husband’s sister-in-law Princess Kiko gave birth to a son in 2006, nearly 12 years after having the last of her two daughters. Little Prince Hisahito was delivered prematurely by caesarean section because Kiko suffered from placenta praevia, a life-threatening complication that is more prevalent among mothers under 20 or over 30.

Masako’s fertility struggles almost certainly contributed to her ongoing mental/emotional health problems, which have been officially described as deriving from an adjustment disorder. Since shortly after Aiko’s birth, she has remained largely out of the limelight indicating that whatever emotional disturbance she is suffering may have been directly aggravated by postpartum depression and/or the imperial disappointment in the birth of a daughter. In 2007, she may have been further stressed by the publication of an unauthorized biography that allegedly laid bare her troubles and asserted that she had used in vitro fertilization to conceive Aiko. The Imperial Household issued a public letter denouncing the book but did not deny any of its assertions. Interestingly, it is entirely possible that Princess Kiko may also have used some sort of reproductive assistance to have Hisahito. Now 47, Masako is extremely unlikely to have any more children. [UPDATE: In 2019, Masako became the Empress of Japan and she seems to be thriving in her new role.]

Closer to home, Sophie Countess of Wessex, wife of Prince William’s uncle Prince Edward also struggled with fertility. Thirty-four at the time of her wedding, Sophie suffered an ectopic pregnancy which was terminated in order to save her life. Four and a half years into the marriage, Sophie was in her third trimester when she had a placental abruption, another life-threatening risk for older mothers. Her daughter, The Lady Louise Windsor, was delivered by caesarean and the baby was quickly transferred to a special neonatal hospital for two weeks. Sophie also spent an extended period in the hospital and was unable to see her baby during that time. The suddenness of the premature, emergency delivery also meant that Edward was not at the birth. It was another four years until the birth of their second child, also by caesarean.

Fortunately, the future queens in Europe have not had such heart-breaking fertility problems. However, the constant baby bump watches they have all endured demonstrates that the media and public still expect pregnancies immediately after a royal wedding.

Here is a rundown of the current crown princesses and their pregnancies:

- Mary Crown Princess of Denmark was 32 when she married. The first of her four children was born 17 months later.

- Letizia Queen of Spain was 32 when she married. The first of her two children was born 17 months later.

- Princess Mathilde Queen of the Belgians was 26 when she married. The first of her four children was born 22 months later.

- Maxima Queen of The Netherlands was 30 when she married. The first of her three children was born 22 months later.

- Mette-Marit Crown Princess of Norway was 28 when she married. The first of her two royal children was born 29 months later. She had another child from a previous relationship when she was 23.

- Crown Princess Victoria of Sweden married shortly before her 33rd birthday. Now nine months into the marriage, no pregnancy has been announced. [Update: Victoria's daughter, Princess Estelle, was born in February 2012, 20 months after her parent's marriage.]

So, if these royal contemporaries are any indication, it is likely that William and Kate would not be welcoming a little one until 2013 or later. Hopefully, if Kate and William do have problems conceiving, the media and the public will be sympathetic and supportive and Kate won’t suffer anything like the anxiety experienced by Masako.

[UPDATE: Catherine was 29 when she married and the first baby will be born 27 months after the wedding. The baby, Prince George, was born at 4.24pm London time and weighed 8lb 6oz, according to the announcement from Kensington Palace at 8.30pm on Monday, July 22, 2013.]

[2019 UPDATE: Hereditary Grand Duchess Stephanie of Monaco announced her first pregnancy in December 2019. She married the future Grand Duke in October 2012 at the age of 28. Their first child is due 103 months after their wedding.]
By Cheryl Ciucevich