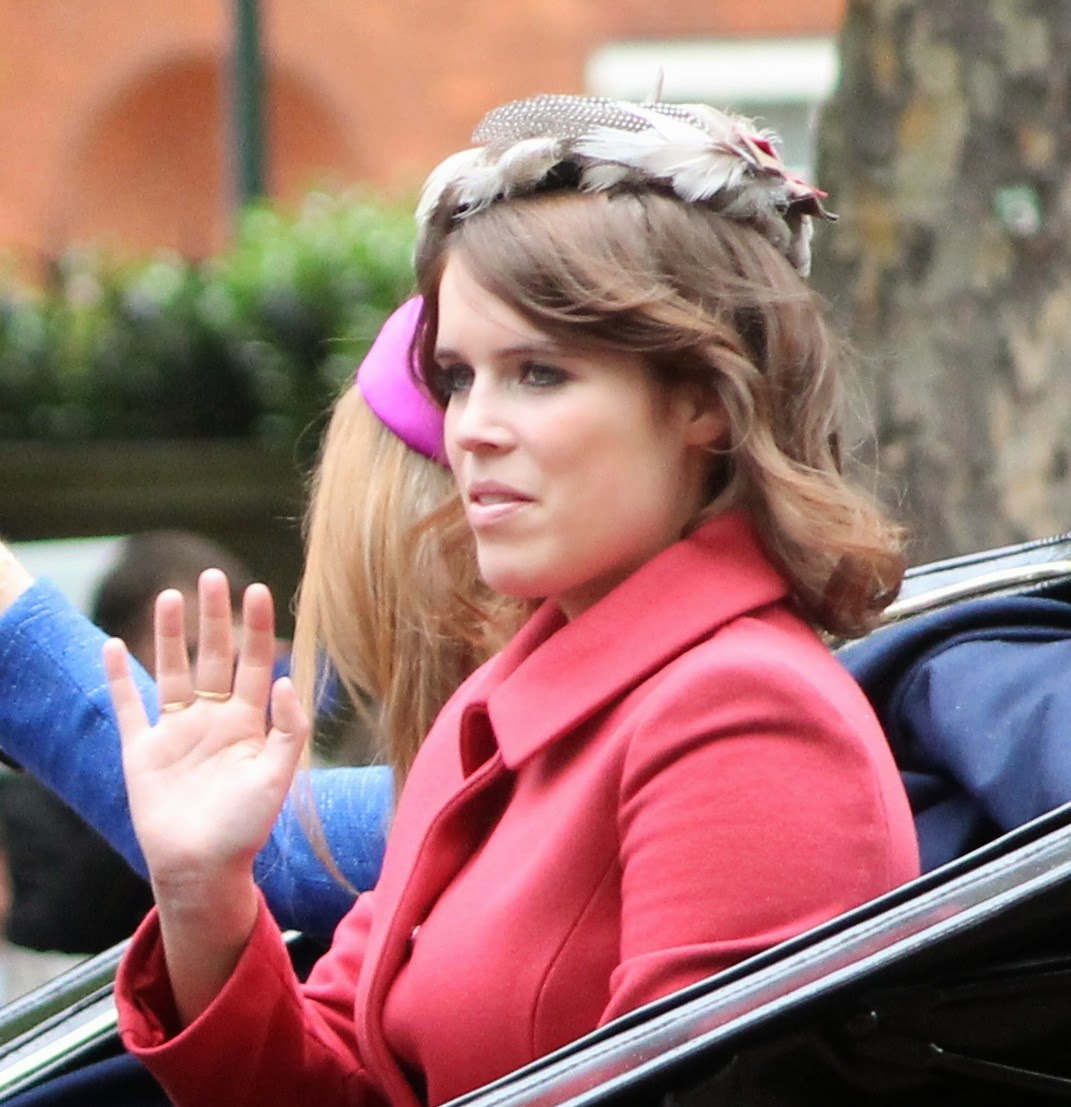 What's a millennial princess to do? For The Queen's Yorkie granddaughters, the question is being answered on a day-to-day basis. In many ways, Princess Eugenie of York (1990- ) and her sister are caught between the past and future. They are subjected to unrelenting public/media attention at the same time general public opinion insists that they get jobs and support themselves. They are expected to behave impeccably but are denied any real royal duties.

As Eugenie celebrates her 25th birthday today, I think she has shown remarkable grace despite the competing tensions in her life. For goodness sake, after her christening, at least one headline labeled her "Hugenie" and declared she was a fat baby. That was followed by the very public demise of the marriage of her parents, Prince Andrew The Duke of York and Sarah Duchess of York. Then, Eugenie had to undergo surgery to correct a severe curvature in her spine. As a young adult, she faced tabloid speculation that she was a lesbian because she enjoyed traveling and hanging with her girlfriends while not having a boyfriend.

Those who have followed her life in the media would likely be surprised to know that she actually seems like a very well-adjusted woman. She is only the second British princess to complete a university degree--her sister was the first. She has successfully launched a career in the world of high-end art auctions. She has represented The Queen in Germany. And, she has taken on her first charitable patronage, serving Royal National Orthopaedic Hospital, where she herself underwent treatment for scoliosis.

Eugenie is very much a princess of the new millennium--today, her father even sang "Happy Birthday" to her via Facetime from one of his official engagements.

UPDATE: On January 22, 2018, Princess Eugenie's engagement to Jack Brooksbank was announced. the couple will marry on October 12 at St. George's Chapel, Windsor Castle.

For more about Eugenie:
10 Facts about the Royal on Hello
Princess Eugenie: A Life in Pictures on Marie Claire