Belgian Highnesses 3: End of a Fairytale

The tall stranger was spotted slipping through the back door of Prince Carl's Swedish home in 1925. Nothing remarkable really. Perhaps a new butler reporting for duty. No one guessed that the handsome young man was there to marry the youngest daughter of the house.

But, this was no Downton Abbey moment. The stranger was no rabble-rousing Republican as in the popular series. Instead, he was an incognito prince--the future King Leopold III of Belgium. In yet another twist, unlike so many royal marriages of the day, this pairing was no dynastic match or politic contract, Leopold and his carefree Swedish bride, Princess Astrid, were truly in love.

Astrid was the granddaughter of both a Swedish king and a Danish king, and the niece of the Norwegian king, but she grew up with little of the splendor one might expect for such a well-connected princess. With the precarious nature of royal thrones in the post-World War I era, her mother raised her children to be prepared in case they ever needed to take care of themselves--and each of the three daughters were even required to cook for the family once a week.

With two older sisters, a younger brother and many more prominent cousins, Astrid was not really considered a star among the intertwined Scandinavian royal families. In fact, some even considered her dull--one of her greatest passions was needlework. But, she was also kind and open-hearted. When she was just 14, her oldest sister Margaretha married their cousin Prince Axel of Denmark. It was a love match so intense that Astrid's mother joked that the couple could not be left alone together in room with furniture.

In Belgium meanwhile, the prospect of finding a suitable future queen for Prince Leopold seemed a bit uncertain. A Catholic princess was preferred, but so many of the Catholic houses had fallen, and the German houses were still seen as enemies. So, when Leopold's mother, Queen Elisabeth, started quietly touring Europe to identify potential royal brides she was not at all put off by young Astrid's Lutheran faith. Instead, she saw an ideal daughter-in-law. Imagine her delight, when the couple fell deeply in love. Like her older sister, Astrid could barely keep her hands off of her fiance. The two were even spotted holding hands together in the street. When Astrid finally arrived in Belgium to a grand, public welcome, the couple's kiss was far from the demure pecks we now see on the British royal balcony calls. With such public displays of affection, the official engagement announcement hardly needed the Queen's additional statement that it had been a love match. In fact, her new family adored Astrid so much, that they put absolutely no pressure on her to convert to Catholicism as would have been required in earlier years. Instead, Astrid came to that decision on her own, several years later.

After a honeymoon in the south of France, where the couple could cuddle and hold hands without being recognized, the 21-year-old princess and her 25-year-old groom took up primary residence in small house on a royal estate. Within a year, their first child, Princess Josephine-Charlotte, was born. Three years later, their heir, Prince Baudouin, arrived. Astrid delighted in caring for her children and wheeling them about the garden and parks herself, much to the chagrin of some old stalwarts. She even cooked for her little family herself. 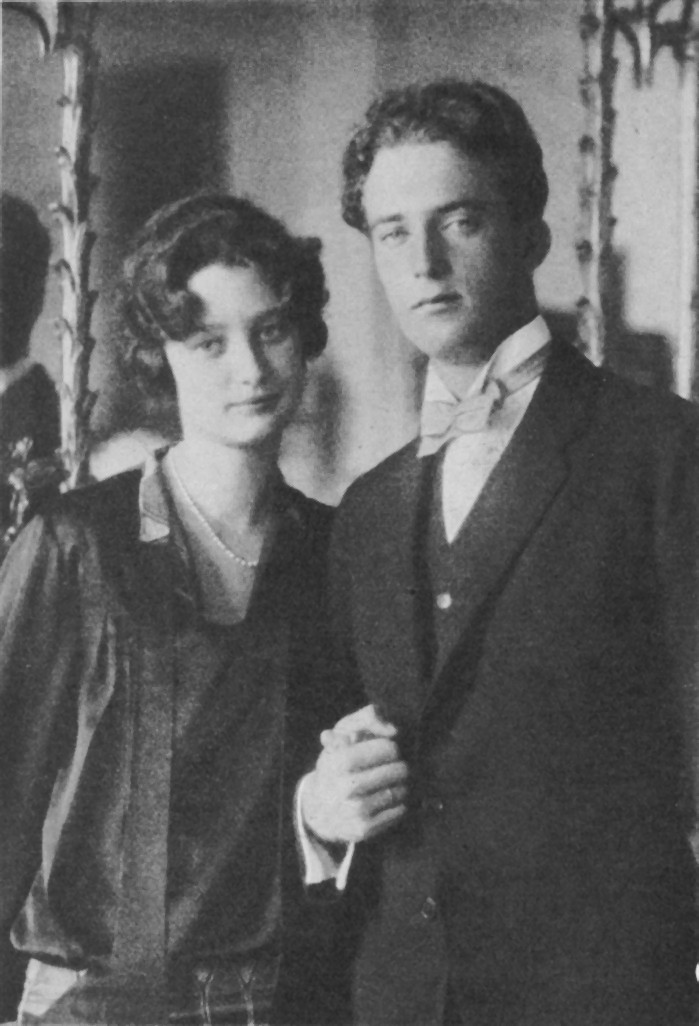 Publicly, Astrid, who with her sisters has trained as nurse (partly, again in case she needed an income in the future) threw herself into good works, particularly supporting the disadvantaged, children and women. Her fundraising efforts were always wildly successful. And, she was increasingly thought to be the ideal princess: devoted to family ("I'm just a mother," she famously said.), duty and nation.

Then, in 1934, tragedy struck. In the middle of her third pregnancy, Astrid and the nation were stunned to learn of the accidental death of her father-in-law King Albert, who had fallen to his death while mountain climbing in Switzerland. Now, Queen of the nation at just 28, Astrid was deeply saddened by his loss, but she had something else to focus on:  the safe delivery of another little prince, whom she and Leopold named Albert in his memory.

While the family slowly adjusted to the change in their lives, the country fell even more madly in love with Astrid. When she wrote an open letter, called the Queen's Appeal, to assist those struggling through the deep economic crisis of the mid1930s, donations literally flooded in.

In the late summer of 1935, Leopold and Astrid took their two oldest children back to Switzerland, to holiday near the spot where King Albert had so recently died. Always athletic and outdoorsy, the couple enjoyed the freedom and adventure of their mountain trips. In the glow of that Swiss summer, they sent Josephine-Charlotte and Baudouin back home ahead of them, opting to stay just one more day to indulge in a few romantic moments alone so rarely afforded to parents of young children.

It was a gorgeous day as the couple--not king and queen for the moment, but doting husband and wife--set out in their open car to make one last hike in their beloved mountains. Leopold took the driver's seat, with the chauffeur in the back, while Astrid filled a familiar role as navigator with map at the ready. It was this which momentarily distracted Leopold as he approached a curve. Although traveling only 30 miles per hour, the car slammed first into one tree, throwing Astrid against the tree and out of the car. As it careened into another tree, Leopold was also flung out. The car came to as stop at last in a lake with no injury to the chauffeur. Astrid, however, was dead. She had been killed instantly due to head trauma. Leopold was devastated. He ordered the car sunk to the bottom of the lake.

The Belgians, finally having recovered from the sudden death of King Leopold, could not believe that their lovely young Queen was gone so quickly. She was not yet 30 years old. A chapel was built near the site.

In many ways, Leopold never recovered. Many speculate that Astrid might have prevented many of the troubles he later faced, disastrous decision-making during World War II and a highly unpopular second marriage, which ultimately led to his abdication when his heir, Baudouin was only 20.

Josephine-Charlotte grew up to become the wife of Grand Duke Jean of Luxembourg. Despite the widely held opinion that theirs was not a love match, they produced five children, and were married more than 50 years until her death from lung cancer in 2007.

King Baudouin did marry for love. His bride, the Spanish aristocrat, Dona Fabiola de Mora y Aragon, was his constant companion until his death in 1993. Queen Fabiola suffered five miscarriages, and the throne passed to Baudouin's younger brother Albert. Now 85, Fabiola is deeply honored within the family and among the people of Belgium.

Albert also married for love, the aristocratic Italian beauty, Paola Ruffo di Calabria. The couple have three children and 12 grandchildren. On July 21, 2013, King Albert II abdicated in favor of his oldest son, King Philippe, whose aristocratic wife Mathilde is the first Belgian-born Belgian Queen, and whose daughter Elisabeth is the very first female heir to the Belgian throne.
By Cheryl Ciucevich