In honor of this summer’s new monarch in Belgium, I am offering a short series about Belgian royal ladies. Here is Part I.

Although the Belgian monarchy has a short history of less than 200 years, it has had more than its fair share of princesses with less than fairytale lives.  The first Belgian princesses encountered great personal tragedies. In fact the Belgian royal dynasty is built upon the tragic death of a British princess. To be more precise, Leopold of Saxe-Coburg would never have accepted the Belgian throne in 1831 if his first wife, Princess Charlotte Augusta of Wales had not died in 1817.

As the only legitimate grandchild of King George III, Charlotte was destined to inherit the British crown. She married her penniless German prince for love and the two planned to eventually rule the Empire in much the same way that Victoria and Albert later would. Early on, Charlotte suffered a miscarriage, but soon became pregnant again. Leopold was at her side when their son was born dead after a very protracted labor. The devastated and exhausted prince finally took to his bed to sleep.

Within hours, he was awakened suddenly. He rushed to Charlotte’s side, too late to say goodbye as
the hope of the British throne died from internal hemorrhaging.(Read my post about Charlotte's death.)

While Charlotte’s unmarried uncles, rushed out to find fecund wives to supply a new heir, Leopold’s role was uncertain. He was assured of a steady government income as long as he remained in England as the steadfast widower. But, Leopold had greater ambition. He had hoped to reign over an empire with Charlotte.

So, when the kingdom of Belgium was created following the Napoleonic wars, Leopold was willing to leave behind an aimless, powerless life in England. He had previously turned down the Greek throne, fearing it was too unstable, which it was. However, the lives of the new Belgian family Leopold created still was bathed in instability.

One year after accepting the crown, Leopold married the French princess Louise of Orleans, who was half his age.  The couple had three sons and one daughter, named Princess Charlotte in memory of Leopold’s first wife. Their first son, Louis-Philippe died as an infant. Then, Queen Louise died at the age of only 38 from tuberculosis, before she could witness the tragic future that awaited her only daughter. 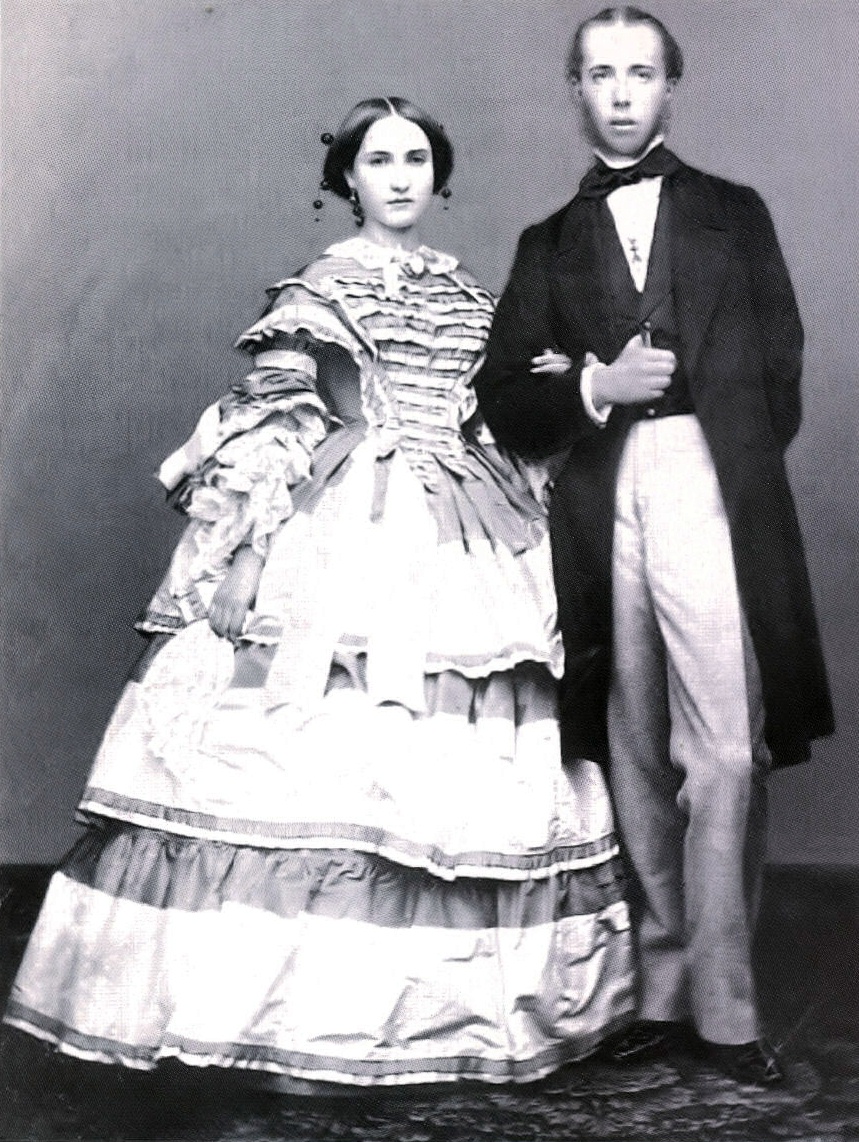 Princess Charlotte married the witty and attractive Archduke Maximilian, younger brother of Emperor Franz Joseph II of Austria. Although beautiful in her own right, Charlotte suffered by comparison with her sister-in-law Empress Elisabeth. The free-spirited young Empress chafed at the rigidity of the Austrian court, and her husband often indulged her flights of fancy and flights from court. Elisabeth very much enjoyed the company of Charlotte’s husband, whom she considered an ally in the family.

When Maximilian was offered the opportunity to oversee his brother’s territories as governor of Lombardy and Venetia, Charlotte encouraged him to take it. Together, the beautiful and romantic couple were stars in their own little universe, away from the court in Venice. But, their continuing childlessness was a constant source of personal pain and public criticism. Much like her father, who had longed for something more in his life, Charlotte knew that their life in Italy was an empty one.

She and her husband wanted to leave their own imprint on the world.

They were given that chance when the upstart French Emperor Napolean III dangled the newly invented Mexican throne in front of them. Dazzled by the prospect of bringing peace and enlightenment to that war-torn, strife-ridden world, 24-year-old Charlotte and 31-year-old Maximilian set sail across the Atlantic. Emperor Franz Joseph and most of their family warned them against the adventure, but the ambitious couple were determined to make their own way.

Almost immediately, Napolean’s overreaching started to have a negative impact at home and he withdrew most of his support. When the United States prevented what little reinforcements Napoleon sent from reaching Maximilian, the adventure was over. Charlotte left her beloved husband to desperately seek help from their powerful connections in Europe, but she was thwarted at every turn. Frantic and frightened for her husband, Charlotte was overwhelmed. She fell into a state of depression. She suffered a total breakdown while in Rome to beg the Pope for help. Meanwhile, thousands of miles from his beautiful wife and all who loved him, Maximilian was captured. That summer, he was executed in front of a firing squad.

Charlotte never recovered. Only three years had passed since she had become Empress Carlota of Mexico, and now, she would never see Maximilian again. Returned to the care of her family, Charlotte was diagnosed as insane. Not yet 30, she spent the next 60 years in seclusion, living quietly and sometimes somewhat lucidly, at family estates. She was oblivious as World War I tore apart the Austrian Empire of her husband’s family. When she died in 1927 at the age of 86, she was buried with the Belgian royal family at Laeken.
By Cheryl Ciucevich