The Daughters of Eleanor of Aquitaine 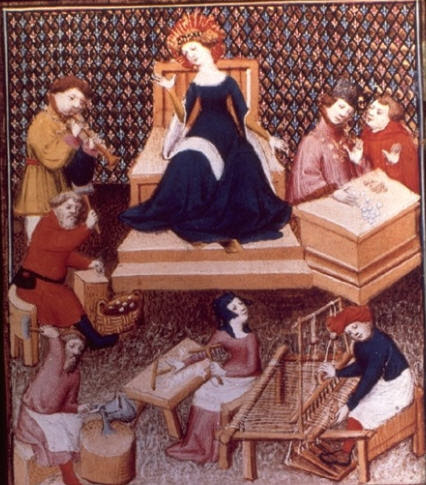 Many contemporary historians, bloggers and royal watchers enjoy reading and writing about the daughters and granddaughters of Queen Victoria, who is the most recent royal matriarch and is an ancestor of nearly every contemporary European monarch.  However, Victoria has a deep ancestress whose political influence on the lives of her daughters and granddaughters is perhaps even greater: Eleanor of Aquitaine.

Eleanor was a great leader in the 12th century with an indomitable personality. She became the Duchess of Aquitaine in her own right when she was a young teen. Soon thereafter, she married King Louis VII of France. A greater royal mismatch has hardly ever existed. Nevertheless the spiritual king and his spirited queen managed to have two daughters. After which, Eleanor convinced him that God did not approve of the match. They received an annulment and she immediately eloped with the much-younger soon-to-be King Henry II of England, by whom she had not only five sons but three more daughters. Henry controlled the French territories of Anjou and Normandy. Together, the new couple was a powerful counterbalance to her ex-husband.

Marie of France was left in the custody of her father when she was seven. When he married his third wife, the marriage contract also included an agreement that his daughter would marry his new brother-in-law, the Count of Champagne. The couple had four children. The Count left her in control while he went on Crusade, and she again assumed control as regent for her son when her husband died a few years later. Marie inherited her mother's love of culture, especially poetry. She was also very close to her younger half-brother, the celebrated Richard the Lionheart.

Alix of France was only two when her parents split, but like her sister, she was married to a brother of her stepmother, the Count of Blois. Her husband had been among the prince's who attempted to abduct and marry her mother after the annulment, but she had eluded him. Also like Marie, Alix served as regent for her husband's territories when he went on Crusade and when he also died leaving an underage heir. Alix had seven children. 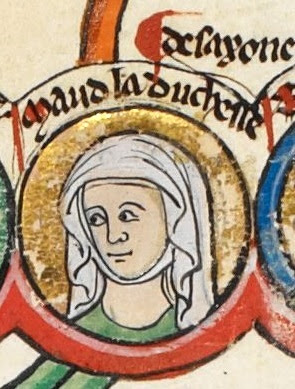 Named for her formidable paternal grandmother, Empress Matilda (see my profile of her), Matilda of England was sent to Germany to marry the Duke of Saxony when she was 11 years old. As with her half-sisters, Matilda controlled her husband's territories while he went Crusading. She was only 16 at the time. When he returned, he fell out with the German Emperor, forcing them to seek refuge at her father's court in Normandy for several years. When her husband was thrown out of Germany again, Matilda stayed behind to fight for their interests. Inheriting both her mother's toughness and her sensuality, Matilda was the object of the courtly love poems of the troubadour Bertran de Born. She had at least five children and perhaps as many as eight.

Eleanor of England got to stay home a bit longer than her older sisters: she was 14 when she married the King of Castile. This marriage eventually led to warfare as her husband claimed part of her family's Gascon territories as part of her dowry. He was unsuccessful. Nevertheless, the marriage agreement did grant other extensive territories to Eleanor, granting her authority in her own name. The marriage was a familial success, too. They had 11 children and were extremely close for a political marriage. She died less than a month after him--many say she died of a broken heart.

The youngest daughter, Joan of England, was probably the most high-spirited of them all. She was sent to marry the King of Sicily at age 11. When he died, the childless widow was only 24 and her husband's heir imprisoned her. Fortunately for Joan, her brother King Richard just happened to be in the neighborhood on his way to the Holy Land. He demanded the return of both Joan and her dowry, and added Joan to his wife's party on their continuing eastward journey. When the Queen and Joan's ship became stranded after storms on Cyprus, Richard had to come to their rescue again. After returning from the Crusades, Joan married the Count of Toulose and bore him two children. She died in childbirth bringing forth a third who died soon thereafter.