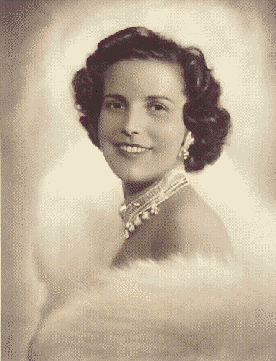 In the early years of World War II, the downtrodden people of Belgium looked to their King Leopold III for inspiration. When the Germans invaded, he chose not to flee as other monarchs had done under similar Nazi pressure. Instead, he declared, "I have to share the same fate as my troops." And so he found himself a prisoner of war in his own palace. A lonely young man, whose beautiful and beloved wife Queen Astrid had been killed in a tragic automobile accident in 1935. The widower king who refused to bend to Hitler's will struggling like his people to survive the war.

Then, on December 7, 1941, as the Japanese were bombing Pearl Harbor, the King dropped his own bomb on Belgium. It was announced in all of the churches that Leopold had married his young mistress three months earlier. For the people, this besmirched the memory of Queen Astrid. Not only that, the young woman, Lilian Baels, was unfit to marry a king: she was a commoner and her father was Flemish politician of questionable loyalty. Despite the fact that Lilian was never declared queen, the once popular King found himself on a very slippery slope that eventually led to his abdication. How could he be so selfish at such a difficult time? As for Lilian, she was clearly a social-climbing schemer. Never mind that the king's mother, Queen Elisabeth, had personally arranged the relationship. Even her approval was not good enough.

Lilian Baels was born in London on November 28, 1916. Her family later moved back to their native Belgium, where Lilian was considered elegant and well-educated. At the start of the war, she had taken on responsibility as a driver helping to transport patients and refugees before her family fled to France. When Queen Elisabeth invited her back to Belgium to befriend the lonely king, she could hardly have refused. Lilian knew that socially she was no match for a reigning monarch. It is said that she herself refused the title of queen accepting instead the title of Princess de Rethy.

After the wedding, Lilian joined Leopold in his house arrest and quickly became a popular stepmother to his three children by Astrid: 14-year-old Josephine Charlotte, 11-year-old Baudoin and 7-year-old Albert. Soon, she added her own child to the imprisoned family. Baby Alexander was made a prince and a royal highness, but he was not added to the line of succession. As the war grew more desperate, Hitler transported the family to Austria, where they suffered great deprivation and feared for their lives. After all the Italian Princess Mafalda, who was the sister-in-law of Leopold's sister Marie Jose, was being held by the Nazis at Buchenwald. In August 1944, she died there as a result of Allied bombing. Nevertheless the Belgian royal family tried to keep their hopes up even as the king and his wife had to take on duties of educating the children themselves.

By the time the war ended, Leopold's popularity had slipped so far due to rumors that he was a Nazi collaborator rather than a prisoner, that he feared returning immediately to Belgium. His continuing absence allowed the political situation--always tense between the French-speaking Walloons and the Dutch-speaking Flemish--deteriorated even further. The nation that had been constructed in the wake of Napoleon's defeat was about to be destroyed in the wake of Hitler's defeat. A referendum was held that barely allowed the monarchy to survive and Leopold finally returned. However, he had long since lost the trust of his people and Lilian's place at his side, where she was said to be too demanding and behaving too queenly, did not help. By 1951, he accepted that he must abdicate in favor of his oldest son, 20-year-old Baldwin.

The former king was allowed to remain in Belgium with his wife and growing family. Shortly before the abdication, their daughter Marie-Christine was born and in 1956 daughter Marie-Esmerelda arrived. But things never really settled down for them. As a teenager, Prince Alexander became ill and had to undergo heart surgery. This experienced inspired his mother to found the Princess Lilian Heart Foundation. Her relationships with most of the other children, fell apart.

Despite an early affection between them, Lilian and her stepdaughter Josephine-Charlotte had a falling out at the time of Josephine-Charlotte's wedding to the Grand Duke of Luxembourg. Perhaps proving her critics right, Lilian apparently insisted on taken a place of precedence over her mother-in-law Queen Elisabeth. Then, when King Baudoin married his Spanish wife, Fabiola de Mora y Aragon, the never-queen Lilian also seems to have tried to assert too much authority and tried to outshine the new Queen. She was officially pushed to the side. Even her own child, Marie-Christine quarreled with Lilian, offering Mommy Dearest-style peaks at her childhood and accusing Lilian of child abuse.

Nevertheless, many viewed Lilian as an elegant hostess, supportive wife (of an unfaithful husband), and brilliant woman. In fact, Alexander's heart condition inspired both mother and son to pursue their interests in medicine.

As she aged, Lilian reached less and less for the spotlight. In fact, after Leopold's death in 1983, she was practically invisible until her own death in 2002. She even asked to be buried at the home she and Leopold had spent their final decades together, away from the royal spotlight. Instead, she was buried with her husband and his first wife in royal crypt of the Church of Our Lady in Laeken.