With the announcement that Prince Harry and Meghan Markle will wed in May 2018 at St. George's Chapel in Windsor, I thought it would be fun to take a look at the other royal ladies who have married there. St. George's is over 600 years old and it serves as the chapel of the Order of the Garter. It is part of the Windsor Castle complex and therefore is one of the "home" churches of the British Royal Family.

Since Queen Victoria's time, 15 royal weddings have been held there. In fact, five of Victoria's nine children were married at St. George's. In Part 1, we look at the royal weddings of the 19th century. (Read Part 2) 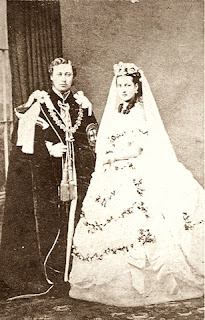 Bertie and Alix had six children. The youngest, Prince Alexander died as an infant and the oldest, Prince Albert Victor, died in his 20s. Their second son became King George V and one of their daughters became Queen Maud of Norway. They were married 46 years until his death. She survived another 15 years. 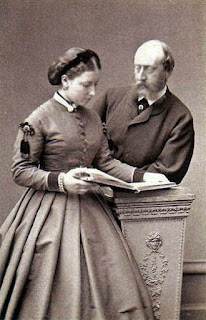 Lenchen and Christian also had six children although one was stillborn and another died as an infant. Only one of their children married, Princess Marie Louise. Helena and Christian were frequently called upon to support Queen Victoria, who kept them housed close at hand, although they did not live with her like Lenchen's sister Beatrice and her husband. When the extended royal family changed their names in 1917, this branch of the family simply dropped the long name of its house and were just called by their first names. The couple was married 51 years until his death. She lived another six years. 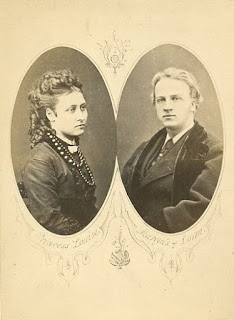 Louise and John had no children. He was named Governor General of Canada, so they lived in that country for five years. Louise was active as an artist, particularly working in clay sculpture. They were married for 43 years until his death. His nephew succeeded to the title. Louise lived for 25 years as a widow, dying just months after the start of World War II.


13 March 1879
The Prince Arthur, Duke of Connaught and Princess Louise Margaret of Prussia 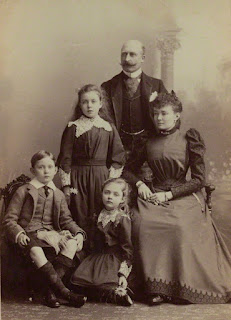 Arthur and Louise had three children, all of whom were very popular among their royal cousins. The eldest, Princess Margaret married the Crown Prince of Sweden, but died before he became king. Their youngest, Princess Patricia, lived in Canada while her father was Governor General there and was a public favorite. Their son Arthur married his cousin Princess Alexandra. Young Arthur predeceased his father, but the title passed on to his son Alistair. Louise and Arthur were married 38 years until her death. Arthur died 25 years later, in 1942, as the last surviving son of Queen Victoria. 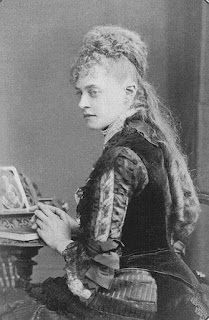 Frederica was the daughter of Queen Victoria's cousin, King George V of Hanover, who had been deposed. She was close to her British cousins. In fact, Victoria's youngest son was infatuated with her, but her heart was set on Alfons, a German nobleman. Victoria welcomed the couple to Britain and gave them an apartment at Hampton Court Palace. There they raised their only child, a daughter called Victoria (of course). They were married 46 years until her death. He outlived her by about six years. They and their daughter are buried in St. George's Chapel.


27 April 1882
The Prince Leopold, Duke of Albany and Helena of Waldeck-Pyrmont 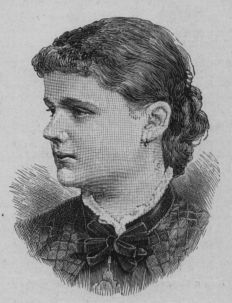 Determined to live a normal life despite his mother Queen Victoria's protectiveness, the hemophiliac Prince Leopold was probably more earnest to marry than most other young princes. He pursued several prospects before landing Helena. Their daughter Princess Alice was born 10 months after their wedding. Helena was expecting their second child, a son, when Leopold died at the age of 30. They had been married less than two years. Helena was separated from her son when he was 16 because he was sent to Germany to be the heir to his uncle, the Duke of Saxe-Coburg-Gotha. The family was further splintered by World War I. Helena passed away in 1922 after 38 years as a widower. 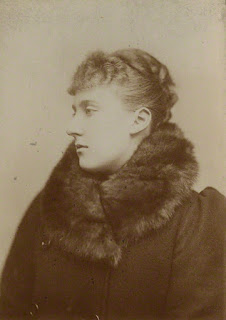 As mentioned above, Marie Louise was the only one of Princess Helena and Prince Christian's children to marry. However, it was a very unhappy experience perhaps because her husband was likely homosexual. As ruler of his own territory, Marie Louise's father annulled the marriage nine years later while she was overseas in Canada. She returned to the UK and never remarried. She and her sister Helena Victoria were very popular members of the extended British Royal Family until their deaths in 1957 (Marie Louise) and 1948 (Helena Victoria). Marie Louise's ex also did not remarry. He died in 1933.