So Grown Up: Charlotte's 1st Day 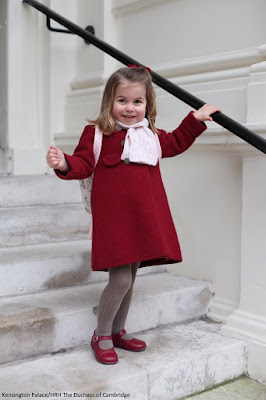 The Duchess of Cambridge took these lovely snaps of a bundled-up Princess Charlotte this morning at Kensington Palace before she and Prince Williams took her to her first day at Willcocks Nursery School in London. Maybe it's her sophisticated ensemble, but it looks like Charlotte has grown tremendously in the last few months since we saw her. The impression is emphasized by the fact that the family photo released last month was taken several months earlier--so it seems like she has grown up literally over night. Here's to hoping that she had a great day! 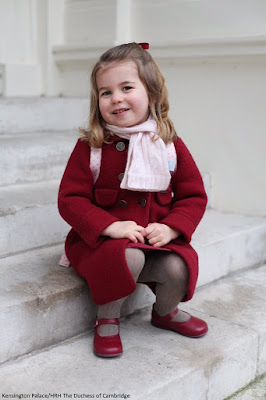