The American Queen Who Never Was 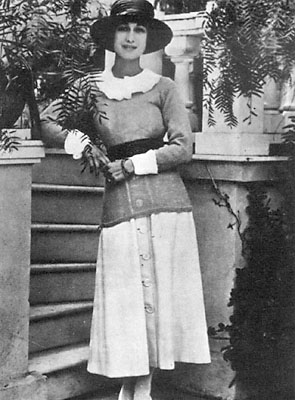 Today as we observe the 30th anniversary of the death of the woman who was born Bessie Wallis Warfield in Baltimore, Maryland, I am stunned to realize that I have never profiled her here on Princess Palace. Better known to history as Mrs. Simpson, she flew too close to the fire and earned a life of luxurious but perpetual exile.

When Wallis arrived in London with her second husband Ernest Simpson, she was socially ambitious but she would not have imagined how quickly she would rise to the very top of British society. At first, she managed to get into the circle of the King's youngest son, the dashing Duke of Kent. From there, it was not a far jump to begin mingling with the heir to the throne, the Prince of Wales, himself. David, as he was known to family and friends, had shown no interest in settling down with a suitable wife. Instead, he enjoyed a series of serious relationships with other men's wives. When his latest lady love American-born Thelma Lady Furness returned temporarily to the States, she made the questionable decision of asking her friend Wallis to look after the "little man." Wallis took the role literally and Thelma returned to find herself replaced.

Early on, the Royal Family and the Establishment were unconcerned: Wallis was just the next in a long line. But, as the King's health began to fail, he became increasingly concerned about David's unwillingness to shoulder his royal responsibilities. The King said that once he died, "the boy will ruin himself in a year." His words were prophetic.

David became King Edward VIII on his father's death in January 1936. He assumed the title and began planning his coronation, but he did not change his lifestyle. He neglected his state work, showed too much sympathy for Nazi Germany, and went on several holidays with Wallis always at his side. Once the obliging Ernest Simpson agreed to a divorce, it became clear that David had decided to marry Wallis and make Her his Queen. Her status as an American commoner with two living former husbands did not sit well with most of the establishment or the royal family. The British public, however, knew nothing about the romance because the press had kept it out of their papers. Imagine how stunned they were when abdication rumors began to circulate. By that time, Wallis has gone to France to wait for her latest divorce while David unsuccessfully argued his case. He would not get his way, so in December, he gave up the crown to his brother, who became King George VI.

Once the divorce decree arrived, the couple were reunited and they married in June without any of his family present. I believe that Wallis never intended for things to go so far but once David had made up his mind, she was trapped. Their first act as a married couple was to visit Hitler, which was not well-received at home, and there is some indication that David, who had been granted the style and title HRH The Duke of Windsor, became involved in trying to broker peace with Germany during World War II. So his brother the king sent him to be the governor of the Bahamas, a backwater posting that both David and Wallis resented. However that was not the most hurtful thing they received from the Royal Family. David never forgave his brother for refusing to give his wife the style of Royal Highness. He was also never allowed to return to Britain to live although apparently he thought that would eventually happen. The couple did visit on occasion, like for funeral of his mother Queen Mary.

Duke and Duchess of Windsor became highly sought-after party guests on both sides of the Atlantic. He also showered her with jewels, most of which were auctioned off after her death in 1986. He had died in 1972 and she spent her last 14 years alone and increasingly unaware of what was going on around her. In the show of kindness and perhaps mercy, Wallis had been welcomed more or less as a member of the family when she accompanied David's body to England for his burial. By that time his niece was Queen Elizabeth II and she wished not to further the antagonism between branches of the family.

Even today, The Duchess of Windsor remained a figure of controversy among people who follow Royal history. People honor and respect her and David for following their hearts and for the devotion they showed each other throughout their long lives. Others cannot forgive him for his selfish decision to renounce the throne or her for being the cause of that decision. I am usually on the side of those who think they should have chosen honor over personal inclination. However, the result has been the reigns of King George VI and Queen Elizabeth II, and I strongly believe the nation is better having had the two of them as monarchs. While David's father predicted that his first son would ruin himself within a year of ascending the throne, the old king also hoped nothing would come between his second son, his granddaughter and the throne. His prediction therefore was not only prophetic but wise.
By Cheryl Ciucevich